from Stale Air, in a Room, before Motion by Paul Good and Kirsty Wood 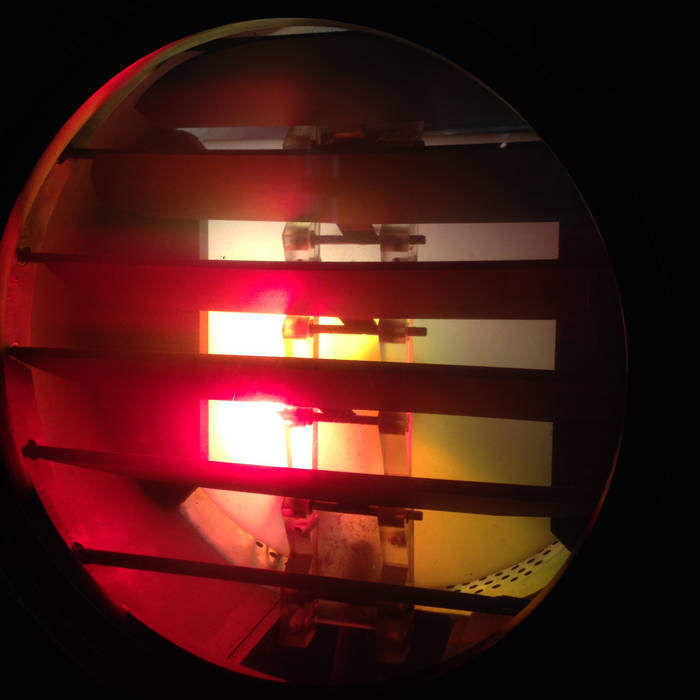 Stale Air, in a Room, before Motion is the new record by artists Paul Good and Kirsty Wood.

The record will accompany the exhibition of the same name at SE8 Gallery, with a text insert by Nico de Oliveira & Nicola Oxley.

The record is available at the gallery only.

Stale Air, in a Room, before Motion
Paul Good and Kirsty Wood

SE8 Gallery is pleased to present a new exhibition Stale Air, in a Room, before Motion which shows a new body of work by artist duo Paul Good and Kirsty Wood comprising sculpture and sound. While their long-standing creative partnership originates in the visual arts, they are equally known for their musical output. Though these studio-based and sonic activities are pursued separately, they are here brought together to form a single entity, a sensorium, which stresses the input of different perceptual faculties.

The sculptural tableau depicts two peregrine falcons suspended in flight above a fractured landscape of blue resin shards punctuated with pools of indigo ink. Their conflict renders them oblivious to gravity, as if testing a sublime death drive. The sculpture is accompanied by a score of layered electric guitar chords that plays intermittently, adding dimension, scope and mass - extending the terrain outwards.

The iconography employed in the work for Stale Air, in a Room, before Motion recalls the emotional sublime present in works by Romantic and Symbolist paintings from the 19th Century, which continues to exert a powerful influence in the Contemporary; our digital present is supposedly dominated by connective technologies driven by evidence and reason, but it is equally marked by a resurgent interest in hidden practices such as metaphysics, mysticism and the occult, which promote the imperceptible and the unpresentable.

The artists will be in conversation with Wavelengths host William English and curator Nicolas de Oliveira on Resonance FM (104.4FM) between 2:30-3:30pm on Friday the 29th of September, and repeated on Monday the 2nd of October at 3:00pm.

The Private View on Friday the 29th of September also features a live sound performance by the artists, and coincides with the launch of the vinyl catalogue featuring the soundtrack from the exhibition and a text by the curators.

During the exhibition SE8 Gallery is open Fridays and Saturdays from 2-6pm.

from Stale Air, in a Room, before Motion, track released September 18, 2017